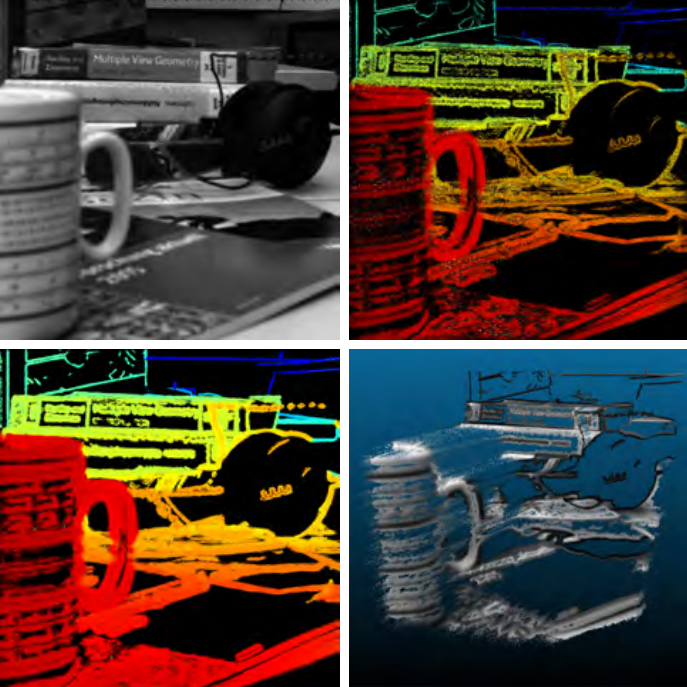 This paper presents a filtering approach for semidense probabilistic depth map received from a focused plenoptic camera. In the probabilistic depth map each valid depth pixel contains, beside the depth value itself, a variance which gives a measure for the certainty of the estimated depth. This variance is used in a weighted filtering approach. Here, beside removing outliers and filling holes in the semi-dense depth map, pixel neighborhoods are modeled in a Markov-Random-Field (MRF). The presented approach is working in two steps, firstly a rough regularization is performed in each micro image separately and secondly, after projection to the virtual image space, another more precise regularization is performed. The presented filtering approach considers properties of the plenoptic imaging, like varying spatial resolution over object distance. Besides, it preserves discontinuities in the depth map. The algorithm aims for low complexity and due to its nature it can easily be implemented in parallel.