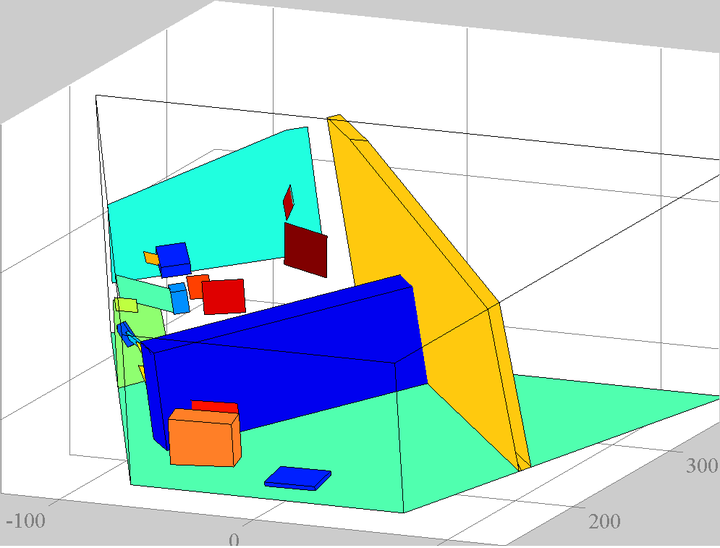 This paper presents a novel system for 3D scene reconstruction and obstacle detection for visually impaired people, which is based on Microsoft Kinect. From the depth image of Kinect a 3D point cloud is calculated. By using both, the depth image and the point cloud a gradient and RANSAC based plane segmentation algorithm is applied. After the segmentation the planes are combined to objects based on their intersecting edges. For each object a cuboid shaped bounding box is calculated. Based on experiments the accuracy of the presented system is evaluated. The achieved accuracy is in the range of few centimeters and thus sufficient for obstacle detection. Besides, the paper gives an overview about already existing navigation aids for visually impaired people and the presented system is compared to a state of the art system.