Applying a Traditional Calibration Method to a Focused Plenoptic Camera 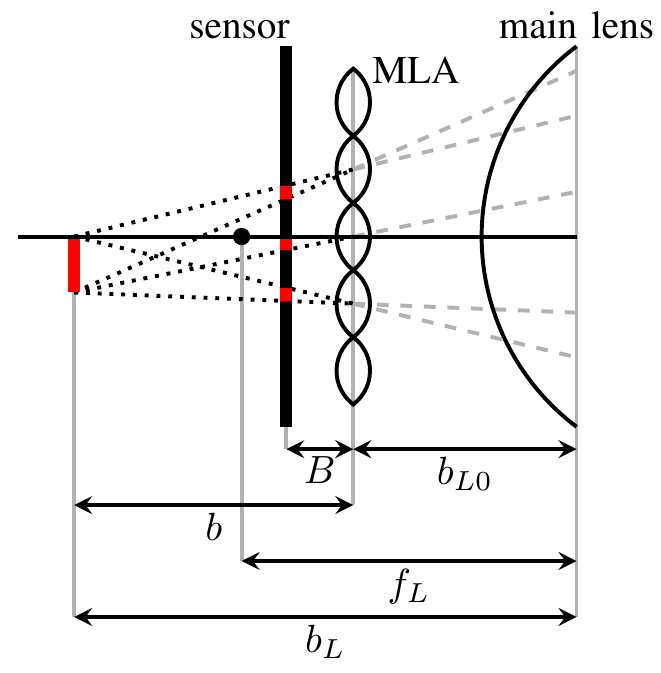 This article presents a method to calibrate the optical imaging process of a focused plenoptic camera. At first, the concept of a focused plenoptic camera is presented, where the synthesis of images from the recorded light-field is described. It is shown that the synthesized image imitates the image of a real camera and thus traditional methods can be used for calibration. In this article a method approved for traditional cameras is applied to the recordings of a light-field camera. Based on experiments, the quality of the calibration method is evaluated. Amongst others it is shown that a pinhole camera with a conventional lens distortion model also holds true for a focused plenoptic camera.